UPDATE: There was an error in one of the steps, the file /etc/ppp/options does not have to be edited, but /etc/ppp/pptpd-options does. The steps are now correct.

Like many Canadians I am jealous of the American’s and their ability to watch Hulu or listen to free music with Pandora. Both services claim they are working on making their site available to the world but I don’t like waiting.

I have heard of people outside the US using the Proxy server or VPN server method but I had no idea it was so easy to setup. If you already have a cloud server up and running you could literally have it working in about 5 minutes. Setting it up from scratch should take about 10 minutes.

Below are the steps I followed to setup a Ubuntu based VPN server that allows me to access these coveted American sites from either my Mac or PC.

I use Rackspace Cloud Servers for all my cloud server accounts but any VPS or dedicated server provider (provided they’re servers are located in the US) will work. I used Ubuntu 10.04 but any version of Ubuntu should work.

Connect to your server via SSH and start typing commands

If you just created a new Rackspace Cloud Server you’ll want to change your password.

Next update the package list and upgrade any packages that need updating.

Specify the local and remote IP addresses. Default should work unless your local network is 192.168.123.0

Add these lines (or uncomment and modify existing ones)

Create a user account to connect to your server

Add a user to the file in the following format:
username pptpd password *
For example:

Add these two lines above exit (0) in this file:

Server is done. You can connect to this server using any PPTP client. 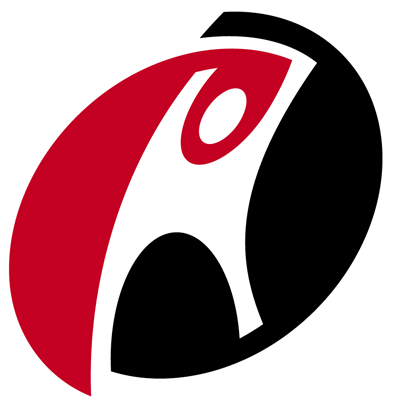 Every web developer needs some sort of web server. Some use a virtual machine running on their workstation. Some use a physical box connected to their LAN. Until recently, it wasn’t really even feasible to consider having a remotely hosted development server. But with the introduction of hosted VPS services like the Rackspace Cloud servers, it’s not only affordable but possibly cheaper, depending on your requirements, to have your own hosted VPS.

The following is a comparison of the total cost of ownership for a Rackspace Cloud Server versus running your own local web development server. We want the comparison to be as fair as possible, and therefore we will try to compensate for the major differences between a virtual server and a physical server.

Let’s start with a Rackspace Cloud Server. The cheapest Cloud Server plan–which is more than sufficient for web development–starts at $0.015 per hour. All plans include 4 virtual CPU cores and RAID 10, and provide dedicated resources and CPU time. The cheapest plan comes with 256MB memory, 10GB of disk space and a 10Mbps connection to the Internet.

Rackspace charges an additional per-gigabyte fee for incoming and outgoing data transfer, but since this is a dev server, it’s very unlikely this will affect your monthly fee very much. In my case, my dev server never comes close to 1GB in or out.

For these calculations, we will assume that we will be charged for 1GB incoming and 1GB outgoing transfer.

The last thing to consider is backup. Rackspace Cloud Server’s are hosted on servers featuring a RAID 10 hard drive configuration. Ideally your data should be safe, but just in case something goes wrong with the physical servers your Cloud Server is on, you’re covered. Rackspace’s backup for Cloud Servers is stored on their Cloud Files service. Backup storage is currently free, but it will eventually cost you $0.15 per gigabyte.

We’ll assume you want both a daily backup and a weekly backup, so your backup storage cost would be:

Ok, so after adding up our average monthly server fee, monthly data transfer and backup charges, the total cost for running a Rackspace Cloud Server is:

Now let’s see what it costs to run your own server.

Running your own server

With a Cloud Server, you are essentially leasing space on Rackspace’s hardware. They provide the hardware and make sure it’s working. If it breaks, they have to pay to fix it. With your own server, well… it’s all up to you.

I know you can turn your old Pentium 4 desktop into a great Linux box, but it’s not really fair to compare a professional grade server product to a budget workstation. To make our comparison as accurate as possible, we will use a used or off-lease server that is easily affordable for the average web developer.

Our used server will feature 2 hard drives in a RAID 1 configuration, a Pentium 4 processor, a 300W power supply and 1GB of RAM. I know the RAM here is 4 times the amount in Rackspace’s base Cloud Server, but since we are using a Pentium 4 processor instead of the quad core server class CPU Rackspace is using, I think that its use in our calculation is justified.

What if the power goes out?

Since Rackspace obviously has uninterrupted power supplies supporting their servers, it’s only fair that we use one as well. Let’s assume we need a 300W UPS and it costs $50. If we add the cost of our server and UPS together we get $200. Let’s assume our used server will last 2 years (24 months).

So a Rackspace Cloud Server costs almost double this amount? Not quite. I left out one important factor that you may not think about unless you’re the one paying the hydro bills: electricity. Surprisingly, the cost to run your server 24/7 is not an insignificant factor.

Electricity costs money too, you know

Since I live in Ontario, Canada, I’ll be using Canadian hydro rates for my initial calculations and then converting them to US dollars before adding them to our server total.

The non-Smart-Meter hydro rates for Ontario are as follows:

Let’s convert that to kilowatts:

Wow, you could definitely argue that shared hosting is cheaper than running your own server on the basis of the electricity cost alone. When we add our electricity bill to our server cost we get:

The numbers speak for themselves.

Results with a grain of salt

There are two important aspects to consider when evaluating these results.

First, we made a lot of assumptions about our server. If you prefer to run a low power desktop as a server, can find a cheaper used server, or decide to turn your server off at night, these will significantly reduce the costs for running your own server.

Second, the value of the features and expertise provided by Rackspace is far superior to anything you might set up in your basement. I made a brief chart to highlight some of these differences that can’t easily be assigned a monthly monetary value.

Obviously a Cloud Server is not ideal for everybody, but I bet that it could save a lot of developers a great deal of time and money.