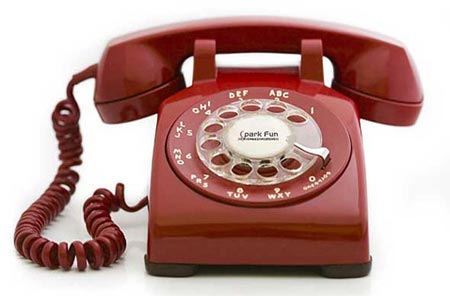 I recently cancelled my VOIP service with Acanac. Since they don’t warn you when they’re going to renew your account, I cancelled my account now instead of closer to June when my account would be up for renewal.

Technically speaking, I was happy with my service. The service was rarely down except for the summer of 2008 when

it seemed to go down at the same time every Wednesday night for a few weeks in a row. I was also very happy with the price, but there were a few problems I just couldn’t get past.

The reasons I cancelled my VOIP service are as follows:

1. Useless Toronto number: I was living in Hamilton at the time and requested a Hamilton number, but I was assigned a Toronto number. When I signed up, a sales person told me that I could switch my number when a Hamilton number became available. I tried several times over the course of more than a year to change my number, but there were still apparently no available numbers. Then I moved to Kitchener and requested a Kitchener number. Again, my request to change my number was denied. I’m very curious as why other VOIP providers seem to have plenty of Hamilton and Kitchener numbers but Acanac apparently can’t find any.

2. Since I could not get a local number, I signed up with another VOIP service to receive local calls using a local number and I just used Acanac for outgoing calls. This worked fine and Acanac even changed my Caller ID to my new local number (with another service). Then I moved to Kitchener and requested they change my caller ID to my new Kitchener number. At first they refused, saying, “It’s against our policy,” and then, when I told tech support that they had changed it before, they reluctantly changed my caller ID but said this was the last time. (I guess it’s against their policy to change cities too.) Why should caller ID be a big deal?

For the most part, the service worked well and the cost was good, but since I could only use Acanac for outgoing calls, the cost went up as I had to get an incoming service elsewhere. Also, the VOIP provider I use now allows me to change my caller ID as often as I want–oh, and they actually have phone numbers for major cities in Ontario besides Toronto!

I’ve been using my other VOIP service for both incoming and outgoing calls for many months now and I am very happy with them, even though it’s not unlimited but $0.01 per minute. I finally have a Kitchener number . . . hurray!
[ad name=”Google Adsense 468×60″]