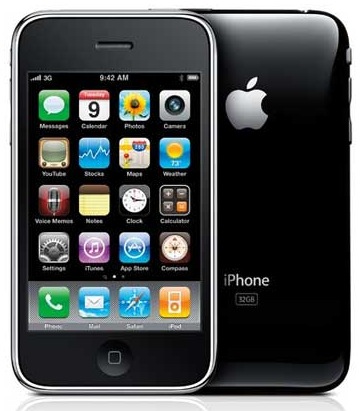 I love my iPhone. I don’t have to fight with it or coax it to perform even the most complicated of operations. It doesn’t crash. Unlike any other phone or PDA I’ve ever used, the iPhone does everything Apple claims it can–and it does it well.

If I had to choose one word to describe the iPhone, it would be simplicity. Ignoring the impressive internal hardware and attractive aluminum exterior, the iPhone is a relatively simple device. It has practically no hardware buttons to confuse the user. There are no complicated start menus to access to check your email. You just turn it on, swipe your finger and choose an app.

When I first played with an iPhone I was confused. Not because the iPhone itself was complicated but because my brain was used to complicated menus. I’d been a Windows Mobile user for many years and it took me a few minutes to realize that were no x buttons to click. No windows to minimize. No multilevel dropdown menus to traverse. To get back to the home screen I press the single front hardware button. To navigate through an app, I lightly touch logically placed blue navigation buttons. It’s an absolute pleasure. Oh, and it’s fast. My last phone was an HTC Touch. I had to overclock it to make it remotely bearable.

I’m proud to say that I’ve been an iPhone user for over six months, and I still can’t seem to find any significant faults with the device apart from perhaps slight annoyances.

Batter life on 3G is acceptable, although certainly not great. Years ago, I got myself into the habit of charging my phone every night, so this is not really a problem for me, but if I do heavy 3G usage during the day my phone is under 50% by the time I put it in its dock for the night. With 3G disabled, the battery will last probably twice as long. Is there a phone out there that has better battery life? Probably. Does it do as much and can provide as good as an experience as the iPhone? I sincerely doubt it.

I refuse ever to get a device with a Blackberry-like keyboard. My phone is not just an email device. There are plenty of apps that don’t require a keyboard, so why would I want one staring me in the face when the phone’s precious real estate could be used by, oh, I don’t know… a bigger screen? I love the iPhone’s on-screen keyboard. I’ve had several Windows Mobile devices over the years and I got used to tapping keys with a stylus. I was very impressed by how easy it actually is to type on the iPhone’s screen with my thumbs. It’s very intuitive; it can figure out pretty well exactly what I am typing, and I can get a pretty decent speed. It’s much faster than using a stylus.

The answer is no. It’s a phone! I know that’s a poor excuse, but it’s a valid one. On a desktop computer, I usually have at least 10 windows open at any given moment and at least 15 or so tabs in my web browser. Do I miss multitasking on the iPhone? No, I don’t. If I want to switch between apps on my iPhone, I press the home button and choose my next app. Some apps remember where you left off, so in a way you get pseudo multi-tasking (in the application switching sense of multi-tasking). I can still have my multiple web browser tabs in Safari. Would I like multi-tasking on the iPhone? Sure. Will I buy another iPhone even if it still doesn’t have multi-tasking? Definitely.

My only regret related to buying an iPhone is that I had to settle for a 16GB model because there weren’t any 32GB 3GS models in stock when I bought my phone. I saved $100, but would rather have had double the space.

The iPhone is simply amazing. It’s the ultimate smart phone. Once again, Apple has come up with another incredible product and I can’t imagine what features the next iPhone will have.

I used to make fun of Apple lovers. Pretty computers? Come on! Give me a shiny black case with a window so I can see the guts of my computer as it works.

I suppose the biggest convincer for me was watching all those video tutorials of cool web developers with their MacBooks. That, and the constant Mac vs. PC debates on Slashdot and other sites. The Mac vs. PC commercials helped a bit too.

These things sparked my interest enough to inspire me to do some more research. My first question was, Will my software work? So far, I haven’t found any program I used on Windows that doesn’t have a Mac version or at least an equivalent, if not better, Mac counterpart.

As I learned more about the OS X architecture, I went from interested to incredulous. Really? It’s not like Windows, which still contains 20+-year-old legacy code? And it’s based on a UNIX operating system? Wow, I was impressed. The next logical step was to see how much these things cost.

My interest in Macs diminished to almost zero when I saw the price. I gave up the notion of ever being able to own a Mac–that is, until I read about installing OS X on a PC. I downloaded an OSx86 torrent and easily installed OS X on my PC. It was wonderful. I was still using XP at the time; I refused to touch Vista. Installing apps was disgustingly simple. In fact, most things seemed too easy. I began to question whether my apps were even being installed. Just drop the icon into the app folder? Where are my wizards? Shouldn’t there be more things to click: “Next, Yes, Next, Next, Next, Finish”? It was hard to believe how flawlessly my Hackintosh setup worked. My M-Audio hardware worked superbly and Pro Tools worked perfectly as well. It just worked, period.

There was only one recurring problem with my Hackintosh setup. Updates usually screwed everything up, forcing me to reinstall. This was unacceptable. I can’t suffer that kind of downtime, so I was forced to switch back to the gloomy world of Microsoft. But now I was hooked. I had tasted the Apple, and I liked it.

It’s the iPhone’s fault for being so wonderful!

My next major step in converting to Appleism was the iPhone. I was determined to get some sort of data plan for my phone once I graduated and got a job. I researched Windows Mobile (lol), Blackberry, Android, and Apple.  After numerous weeks and months of reading various reviews, I was ready to make my decision. On August 28, 2009, I purchased an iPhone 3GS from Best Buy on Fido’s network with 6GB of data per month.  It was the happiest day of my life… after my wedding, of course (my wife edits my blog–love you, honey!). My iPhone and I became fast friends. We went everywhere together. I played with it every chance I got. I even used it for a phone call or two.

But then I had a problem. My iPhone got lonely. I wasn’t enough for it, and it never did get along that well with Windows 7. They’d sync okay, but I just knew it would sync much better with an Apple.

It just so happened that around this time Apple announced the 27″ iMac. I knew it was time. I ordered the Quad Core i7 version on November 30, and it didn’t arrive until the 16th of December. Those weeks of waiting were horrible. I kept reading about all the problems people were having with the 27″ beauties. I even bought the Apple care protection plan just in case. I was expecting to unpack my new friend and have to repackage it the next day to send it back. Well, I’ve had it for 2 months now and it still works perfectly. The updates work too! My iMac is just great. It may have cost a small fortune, but wow, was it worth it. My biggest complaint at the moment is that I keep losing track of my mouse because the screen is so huge. I had intended to use my old 22″ LCD as a second monitor, but there’s just no room on my desk for the 27″ beast and anything else.